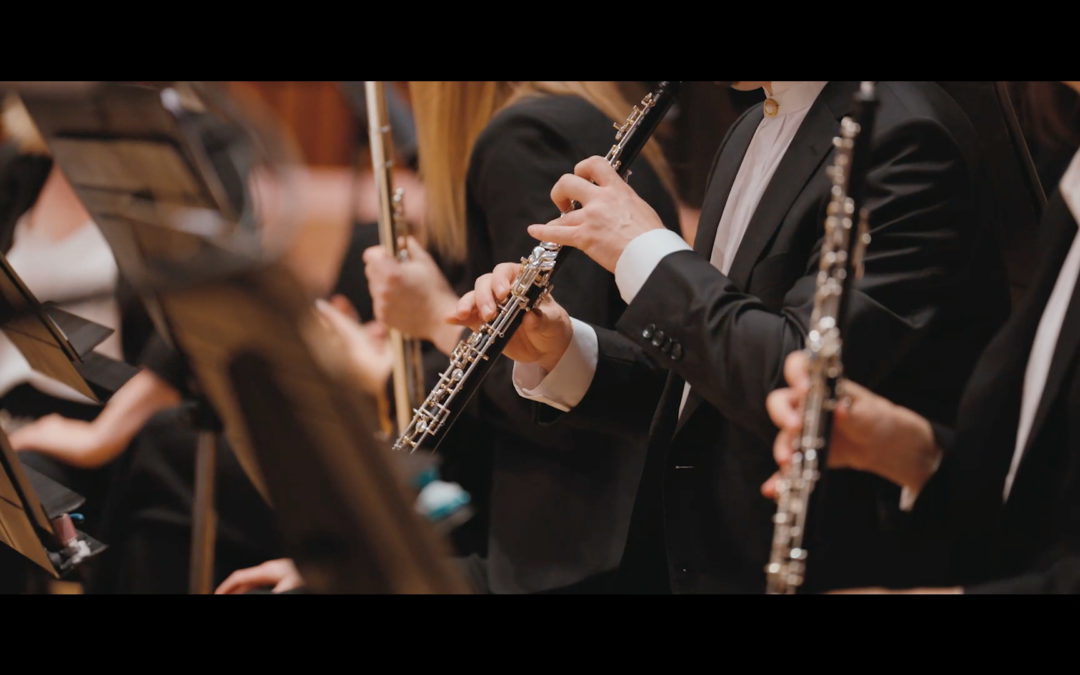 At Stagecast we spend a lot of time planning for each performance film, to ensure we get the best possible version on camera, moment by moment and bar by bar. But how a show starts is just as important. If you don’t set the scene in a way that engages everyone watching, while faithfully reflecting the style and quality of the performance they’re about to enjoy, you might lose your audience before you even start.

For the start of its Autumn 2022 season, LSO Live commissioned Stagecast to produce a new opening title sequence for the London Symphony Orchestra’s concert films, to be used across multiple platforms and broadcast partners. The key objectives were:

The footage was captured on site at the Barbican concert hall on the first night of the LSO’s 22/23 season, and shot on a Sony cinema line camera, in 4K with a log profile and high frame rate to give maximum quality and flexibility in the edit.

Stagecast’s creative team produced new graphics, including a gentle animation of the iconic LSO logo, and decided to open the new titles in a cinematic “letterbox” aspect ratio of 1.85:1, with a live reveal to the normal 16:9 TV ratio as the concert begins.

We hope you’ll agree the finished results give this world-famous orchestra a fresh look for the season ahead, and bring their worldwide audience just a little closer to the LSO and their Barbican home than before.